Consumers Getting Savvier About Credit Scores

Consumers are getting savvier about credit scores, according to new findings from the nonprofit group Consumer Federation of America.
The federation and VantageScore, creator of a score that competes with the FICO score, contracted with ORC International to administer a quiz to more than 1,000 adults by phone in late April. The margin of sampling error is three percentage points. (The quiz is available on the federation’s Web site.)

The VantageScore, like the FICO score, is a three-digit number, but uses a range of 501 to 990.

Forty-two percent of those who participated in the survey said they had obtained at least one credit score in the past year, either from a lender or from a Web site using credit reports from the three main credit bureaus.
On almost all the questions, those who had recently obtained a score were more likely to know the right answers.

Consumers were more knowledgeable than they were when answering similar questions in January 2011, the federation found, and a “large majority” of consumers now know important facts about credit scores, including these:

• In addition to mortgage lenders and credit card issuers, landlords also use credit scores (73 percent of respondents knew this), as do home insurers (71 percent) and cellphone companies (66 percent).
• Consumers have more than one generic credit score (78 percent had this correct).

Somewhat surprising, the survey found, was that most consumers understand new, somewhat complicated rules about credit-score disclosures. When asked under what conditions lenders must inform borrowers of their credit scores, for instance, “large majorities” correctly identified three key conditions, including: after a consumer applies for a mortgage; whenever a consumer is turned down for a loan; and on all consumer loans, when the applicant does not get the best terms, including the lowest interest rate available.

Misunderstandings still remain, however. More than half, for instance, thought a person’s age and marital status were factors in calculating credit scores.

How did you score on the quiz?
Posted by Unknown at 11:37 AM No comments: 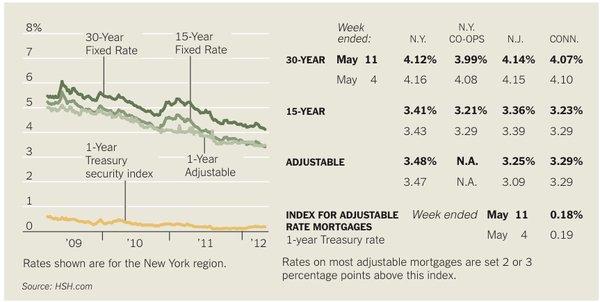 The New York Times
A majority of banks are less likely to offer loans to people with a FICO credit score of 620 and a 10 percent down payment than they were in 2006, according to the report. Lenders were also less likely to do so even for those with a score of 720.

Such stricter standards have drawn the attention of Ben S. Bernanke, the chairman of the Federal Reserve, who last week told a bankers group that “current standards may be limiting or preventing lending to many creditworthy borrowers.”

“If you don’t have good credit, you’re not going to get that crazy low rate,” said Deborah MacKenzie, the director of counseling at the Housing Development Fund, a nonprofit group in Stamford, Conn. But she and other experts said there were tactics that consumers could use to raise their scores.

First, though, it is worth noting that median credit scores are rising, as people reduce debt and spend less in tight economic times, said Joanne Gaskin, the director of product management and global scoring at FICO, the provider of one of the most popular credit scores used by lenders. Some 18 percent of Americans now have scores of 800 to 850, while 15 percent are below 550, according to FICO data. Through “good behavior,” Ms. Gaskin said, you could raise your credit score by as much as 100 points in a year.

Often lenders will review your scores from the three big credit agencies, and they use the middle number to evaluate you. “That becomes your risk number,” said Tracy Becker, the founder of North Shore Advisory in Tarrytown, N.Y., a national credit score specialist.

Start by obtaining your three credit reports (available free once a year at AnnualCreditReport.com, or call 1-877-322-8228), and study them carefully for errors or omissions. If you think your score labels you as a higher risk, Ms. MacKenzie suggests signing up for a first-time homeowners class through a counseling agency certified by the federal Department of Housing and Urban Development.

According to FICO, the two biggest factors in your credit score are your payment history, which accounts for 35 percent of the score, and the amounts owed, accounting for 30 percent.

Knowing that, Ms. Gaskin said, an effective way to raise your score is to reduce your balances on credit cards. She notes, however, that if an account is in collection, it is too late to improve your credit score by paying it off. The notation that an account is in collection is what lowers the score, she said, so consumers may get more mileage by paying down active credit-card balances and other debts first.

Though mistakes and bankruptcies may stay on your credit report for seven years, lenders will generally be more likely to overlook late payments that happened two or more years ago than more recent ones, Ms. MacKenzie said. “A late payment that occurs this month when you’re applying for a mortgage is deadly,” she said.

Another way to bolster your credit is by asking creditors with whom you have a good track record to report to a credit agency, Ms. Gaskin said. That could include a landlord or a utility.

Improving your credit could take three to four months, or it could take as long as 18 months. “It isn’t an easy fix,” said Carol Yopp, a program manager for the Long Island Housing Partnership and a former mortgage underwriter. “Don’t expect it to happen overnight.”
Posted by Unknown at 1:10 PM 2 comments:

10 Money Mistakes Everybody Makes: Everyone makes mistakes, but when it comes to money, the fewer the better. Here are 10 bonehead moves nearly everyone makes, along with advice to avoid them.
Posted by Unknown at 10:00 AM 1 comment:

Conservative spending helps keep bankruptcy filings on the decline
Buffalo, NY -- Consumers continued to be conservative in spending and using credit during the month of April, contributing to the ongoing trend of declining bankruptcy filings. According to the U.S. Court, Western District of New York (which includes the 18 counties surrounding Buffalo and Rochester), during the month of April filings were down 20.2 percent for the District, 25.1 percent for the Buffalo area, and 10.5 percent for the Rochester area.
"There have been reports that credit card companies are once again targeting high-risk consumers -- that is people who already have a lot of credit or who may be less sophisticated about managing their finances. The overwhelming trend, though, is that consumers are reducing their debt loads and are wary of taking on more credit," said Jeffrey Freedman, CEO, Jeffrey Freedman Attorneys, PLLC. "There are other trends, however, that could affect filings in the future."
Because of the poor job market students are staying in school longer and those who have lost jobs are retraining. While that particular segment of the population is not accumulating consumer debt, however, student loan debt is growing significantly. Last year student debt increased by more than $1 billion, Freedman said. Student loans are not dischargeable in 99.9 percent of bankruptcy cases, which could create serious problems for those who have large loans to pay off.
"Additionally, employers are keeping wages low, which has two effects. People are uncertain about the future so they aren’t spending on consumer goods, and students entering or re-entering the job market are finding it difficult to pay back student loan," he said.
An article in USA Today in March reported that mortgage debt has dropped more than 7 percent since early 2008, but there is concern banks and financial institutions are shifting lending to students and credit cards, which could result in economic issues just as serious as the mortgage loan crisis.
"Shifts in one area of the economy inevitably affect other areas," Freedman said. "Young people are putting off marriage and living at home longer, which means they are delaying forming their own households -- slowing home sales and sales of goods needed to set up a household. It all adds up to a plodding economic recovery."
Jeffrey Freedman Attorneys, PLLC has 13 offices in Western New York and Pennsylvania. The firm has represented consumers for more than 30 years and currently handles Bankruptcy, Social Security Disability, Personal Injury and Fair Debt Collection Practices Act cases.

For Further Information, contact Jeffrey M. Freedman at 716-725-1233, jeffrey@jeffreyfreedman.com
Posted by Unknown at 10:01 AM No comments: